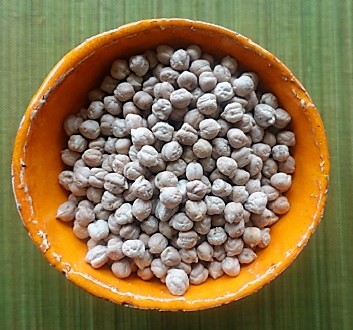 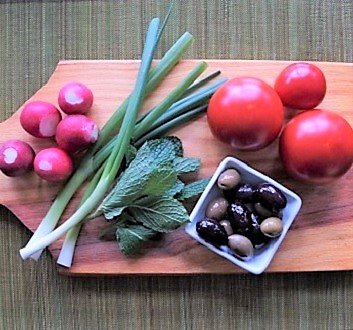 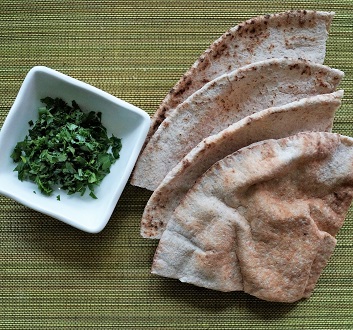 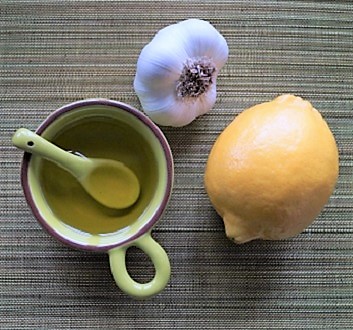 Chick Peas – For thousands of years, Chick Peas were grown in the Middle East.  Presently, the Chick Peas are widely cultivated and are a common ingredient in the Middle Eastern, Indian and African cuisine.  Chick Peas, also known as Garbanzo Beans, are a legume with a high protein content.  Fresh Chick Peas are green and have a soft shell.  Dried Chick Peas are readily available to buy at the supermarket or at the farmer’s market.  The featured recipe uses organic dried Chick Peas that need to be soaked in the water before cooking.  The cooked Chick Peas have a wonderful earthy flavor, firm yet soft texture and a bit of sweetness.  We combine the Chick Peas with the citrus sauce, which is a mixture of fresh garlic, lemon juice, olive oil, black pepper and salt to taste.  Chick Peas in citrus sauce are usually served with the Lebanese bread and fresh vegetables on the side.  This simple recipe delivers a burst of fresh flavors, colors and good nutrition. 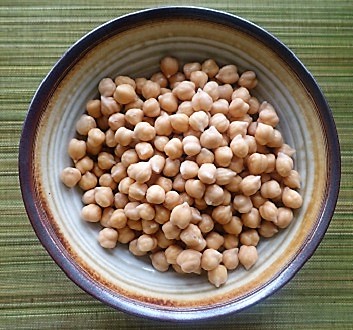 Chick Peas After Being Soaked in Water 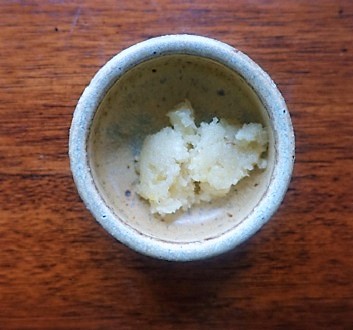 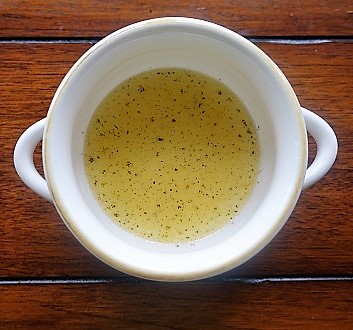 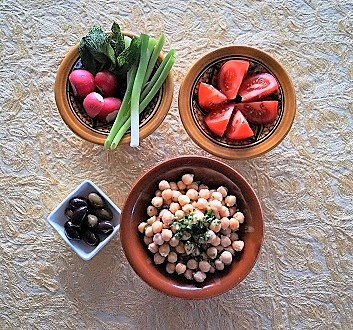 Step 2 – Boil chick peas in 3 x volume of water.  Boil on high heat for the first 15 minutes and take off the accumulated foam.  Boil on medium heat for one hour and 15 minutes.

Step 4 – Drain the chick peas, put into a serving bowl and pour over the citrus sauce.  Serve warm with the Lebanese bread and sliced vegetables.