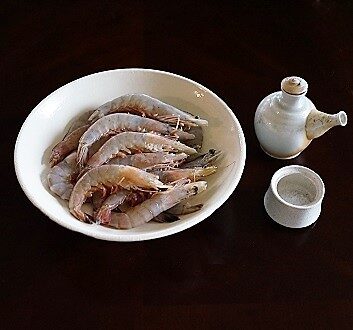 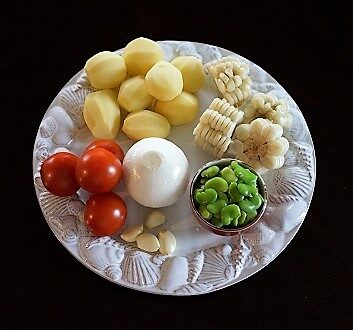 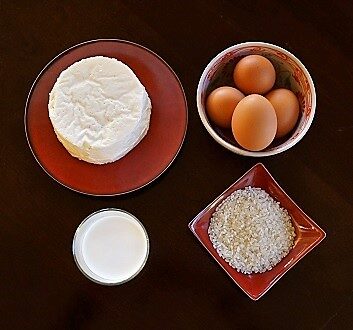 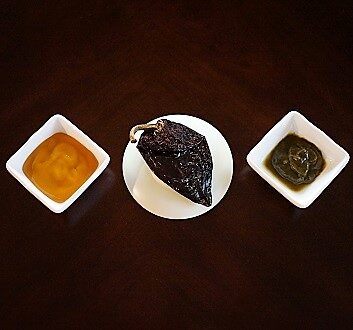 Chupe de Camarones – The Region of Arequipa located in southwestern Peru has a unique culture and extraordinary cuisine.  The cuisine of Arequipa merges the culinary traditions of the indigenous people of the Andes and of the Spanish settlers.  The Chupe de Camarones, originally invented in Arequipa, is a seafood chowder prepared with crayfish or shrimp, starchy vegetables, regional spices and dairy products.  Chowder is especially popular in the coastal areas in South America, where different versions of the soup can be enjoyed.  We degust the Chupe de Camarones in Lima, the capital city of Peru, set along the Pacific Ocean.  In our recipe, we use wild-caught White Gulf Shrimp that have a natural sweet flavor and firm texture.  We select essential Peruvian ingredients to achieve authentic flavors of the Peruvian cuisine.  The Aji Amarillo Paste is a traditional Peruvian spice made from a spicy yellow pepper.  The Aji Panca is a burgundy red pepper that has a mild spice level and a berry-like flavor.  The dried Pasilla Pepper has a sweet and smoky flavor and is a good substitute for the Aji Panca.  We remove the seeds from the dried Pasilla Pepper, and then grind into powder.  The Huacatay is a wild mint grown in the Andes Mountains.  The Huacatay Paste, available in the USA, adds a bit of a pungent and distinct flavor.  The Peruvian corn, called Choclo, has large corn kernels and a starchy texture.  The Queso Fresco is a fresh white cheese, originally introduced to Latin America by the Spanish settlers. It has a slightly salty flavor, a crumbly texture and holds its shape when heated.  Fava Beans, also called Broad Beans, are a staple food in the Mediterranean region but are equally popular in Latin America.  The above mentioned ingredients are available in Latin markets in the USA.  The Chupe de Camarones is very nourishing and intensely flavorful. 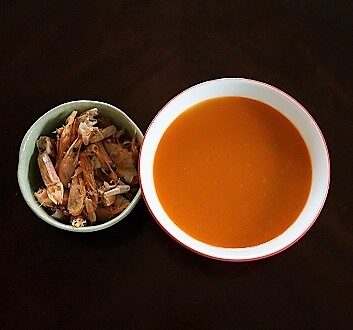 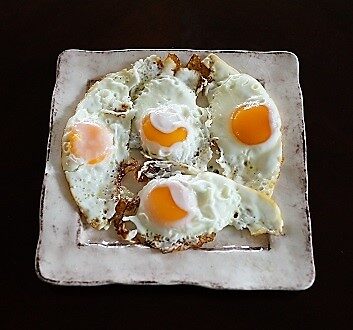 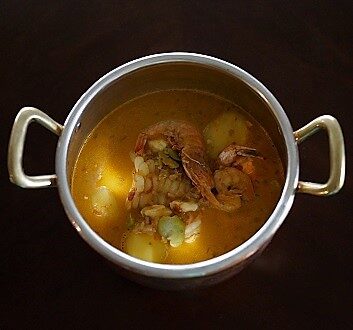 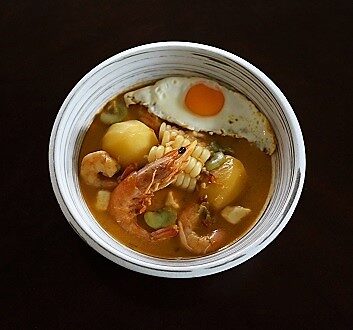 Step 1 – Peel and devein the shrimp, and set aside.  Note: Leave a few shrimps unpeeled with their heads-on for a nice presentation.  In a saucepan, heat 1 tablespoon of olive oil, add the shrimp shells and heads, and then sauté for five minutes.  Add water and simmer over medium-low heat for 25 minutes.  Strain the liquid (seafood stock) through a sieve and set aside.

Step 2 – Prepare the ingredients: peel the potatoes, chop the onions and garlic, dice the tomatoes, remove the skins of the fava beans, cube the cheese, measure the spices and grind the Pasilla Pepper (remove the seeds and grind into powder).

Step 3 – In a Dutch oven, sauté the onions and the garlic in 2 tablespoons of olive oil on medium heat for a few minutes.  Add the Aji Amarillo Paste, Huacatay Paste, ground Pasilla Pepper and diced tomatoes, then sauté until the mixture thickens.  Add the reserved seafood stock and bring to a boil.

Step 4 – Add the whole peeled potatoes, rice, corncob pieces and fava beans, then simmer for 15 minutes with the lid covered.  Add the shrimp and simmer for 3 minutes, then add the white cheese and cream, and simmer for a few additional minutes.  In the meantime, fry sunny-side up eggs in a non-stick skillet with 2 tablespoons of olive oil until they become crispy on one side.

Step 5 – Serve the Chupe de Camarones in large bowls, place a fried sunny-side up egg on the top and enjoy the authentic flavors of the Peruvian traditional soup.