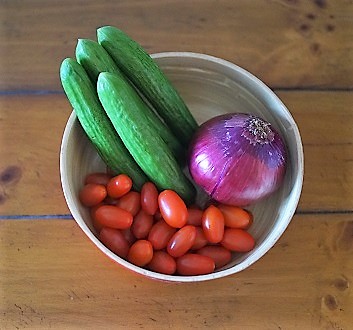 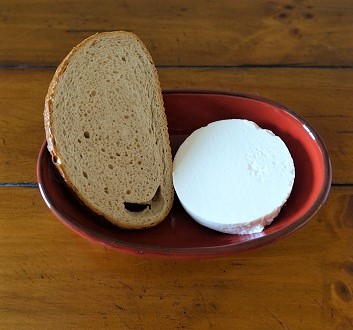 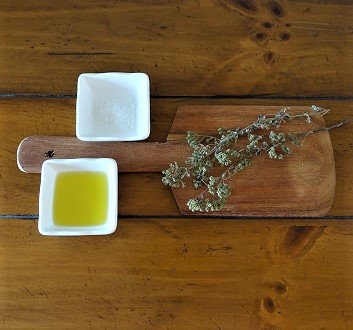 Santorini Salad – The Greek cuisine, developed since thousands of years, is a legume and vegetable based cuisine, enhanced by seafood and small amounts of meat. The Greek cuisine owes its distinctive flavor to the flavorful olive oils, aromatic lemons and fresh herbs. The Santorini Salad is similar to the Greek Salad, but prepared with slightly different ingredients sourced from the island. High quality vegetables, cheese and herbs from Santorini are essential ingredients in the salad. The Santorini Cherry Tomatoes, exclusively grown in Santorini’s volcanic soil, are the secret ingredient, fragrant and naturally sweet. We use organic sugar plum grape tomatoes as a substitute. The Persian Cucumber, favored in Greek, Lebanese and Persian cuisines, is mildly-flavored, thin-skinned and seedless. Persian cucumbers can be found in Middle Eastern and Asian grocery stores. The capers and Caper Leaves, native to the Mediterranean Region, are flower buds and leaves of the wild caper bush, pickled in salt brine. Capers can be used as a substitute. The Greek Oregano, rigani in the Greek language, is a strong-flavored and an essential herb used in the Greek cuisine. We select Greek Oregano in Bunches, imported from Greece by the company Mediterranean Gyros Products, Inc. The Chlorotyri, a fresh goat cheese made in Santorini, is a white, lightly sour and creamy cheese. We use Manouri Greek cheese, a semi-soft cheese with creamy texture, imported by Krinos Foods. Our Santorini Salad is naturally savory and sweet, and resembles the delectable salads we tasted in Santorini. 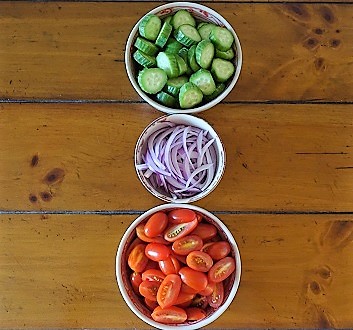 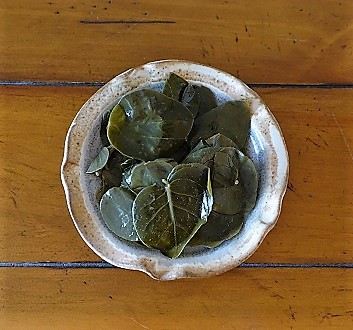 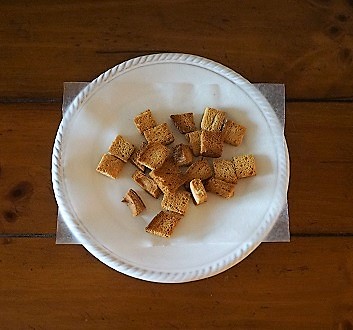 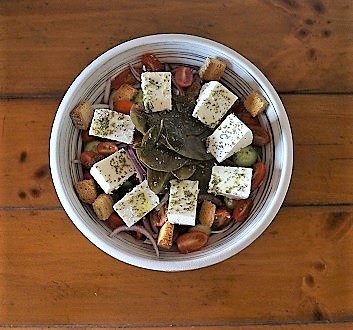 Step 1 – Cut the tomatoes in half, slice the cucumbers and julienne the onion. Cut the bread into cubes and bake in the oven until the croutons become golden brown.

Step 2 – Mix the tomatoes, cucumbers and onions in the serving bowl. Place small pieces of cheese, caper leaves and croutons on top.

Step 3 – Sprinkle with the Greek oregano and the sea salt, then drizzle the olive oil and serve the salad.

Step 4 – Taste the savory and sweet flavors of our Santorini Salad!