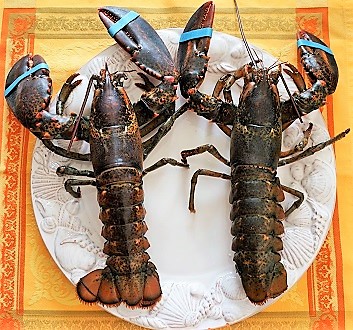 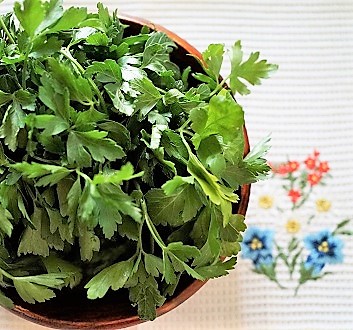 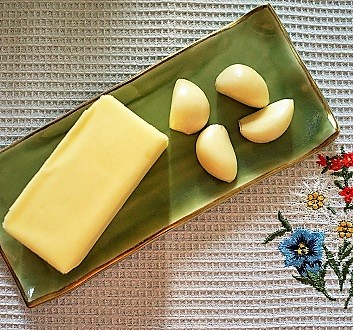 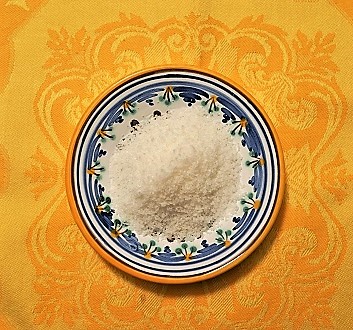 Breton Lobster (Blue Lobster) – The expansive European coastal waters of the Atlantic Ocean serve as a perfect habitat for the king of crustacean, Breton Lobster. The Breton Lobster, also called Blue Lobster, has dark blue shell with black highlights but turns brightly red when cooked. The fishery of the Breton Lobster extends along the Atlantic Ocean coast into France, England and Norway. France’s northwestern coast of Normandy and Brittany Regions is defined by the spectacular cliffs, white sand and pebble stones beaches, picturesque fishing villages and fertile underwater life. This regional French cuisine incorporates the abundant and diverse seafood into its culinary repertoire: from simply boiled Breton Lobsters served with traditional mayonnaise, colorful fish stews, intensely flavorful sauces to the royal seafood platters. The Breton Lobster appears on the menu of a wonderful seaside restaurant called La Brasserie du Sillon in Saint-Malo, Brittany. The featured recipe of the Breton Lobster with herb infused butter, reflects a recreated recipe from the memory of our visit. This surprisingly simple dish delivers an ideal marriage of the fresh catch from the sea and colorful herbs from the garden.

Note: The Breton Lobster is not easy to find in USA, hence featured recipe substitutes Breton Lobster for incredibly delicious Fourchu Lobster that comes from the coastal waters of Fourchu Village on Cape Breton Island in Nova Scotia, Canada. The live Fourchu Lobsters can be acquired in a store or online from the Aqua Best, Inc., a fresh seafood market located in New York City, USA; during a relatively short season from late May to late July. 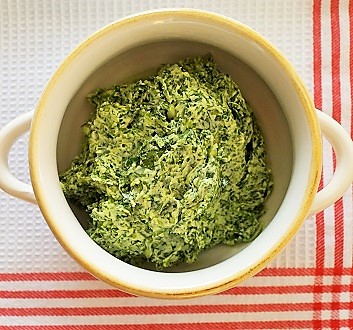 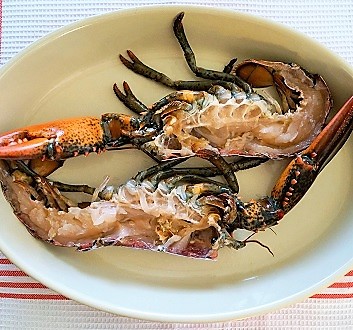 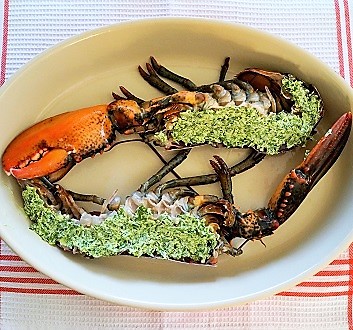 Step 1 – Cut the live lobsters in half across the whole body length and clean the inside.

Step 3 – Preheat the oven to 400 degrees Fahrenheit. Apply the escargot butter on the lobster meat and body, place the lobsters in the roasting dish and bake them for approximately 15 minutes. Reset the oven to broil and continue for next 3 minutes.

Step 4 – Place the lobsters on the serving plate and enjoy the feast.